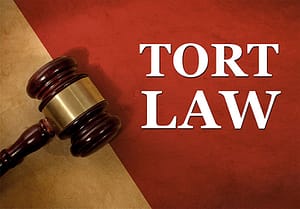 The Priestley vs Fowler case became a foundation case in Tort law that assisted in establishing servant master relationships and duties to employees. Be it all for a worker (Priestly) working for the Butcher (Fowler) and a subsequent incident in 1837 when an over laden wooden cart broke and injured the worker.

Some of the arguments included discussions asking if the master, for example,
– would be liable to the servant for the negligence of the chambermaid, for putting him into a damp bed
– for that of the upholsterer, for sending in a crazy bedstead, whereby he was made to fall down while asleep and injure himself
– for the negligence of the cook, in not properly cleaning the copper vessels used in the kitchen
– of the butcher, in supplying the family with meat of a quality injurious to the health
– of the builder, for a defect in the foundation of the house, whereby it fell, and injured both the master and the servant by the ruins.

Affects of Priestley vs Fowler

Though the case did not directly change the law at the time, this case has regularly been discussed. Understanding that today each of these provisions are a legal requirement. This is an example of the evolution of the WHS Legislation. How far have advanced in recent years in the courts and in the workplace, as these two arenas are vastly different. The Work Health and Safety Officer course (WHSO) includes discussions on the WHS the legislation and references to cases that have the heavily influenced the Model WHS Legislation along with numerous other safety related topics.